The History of the Sash Window

The History of the Sash Window

Windows have been in houses about as long as there have been houses.

Over the years, windows evolved and became more useful and functional, and a few hundred years ago, windows with movable sashes or panels became very popular. Here is information on the history of the sash window and why it is still trendy in the UK today.

The exact origin of these windows is not known. However, they have been around since at least the Sixteenth Century. Sash windows are operated by sliding separate panels vertically. Yet, there are some designs that slide horizontally. This is usually accomplished with weights, springs, and cords. For example, when one panel moves, a cord pulls a weight to make the panel move evenly and smoothly.

Sash windows were a big improvement over casement type windows, as they were easy to open for ventilation and simple to close. This was especially helpful during rainy times in the UK, as one could keep out the dampness, yet still enjoy fresh air. The design of the windows protected them from rot and warping, unlike older style windows of the day.

Perhaps some of the first known true sash windows appeared during the Georgian era.

They decorated famous places like Kensington Palace and Chatsworth House. In fact, a man by the name of Thomas Kinward (master joiner for Sir Christopher Wrens) is known to have recorded first known specifications for these windows while he was employed at Whitehall Palace. Thanks to people like Wrens, these windows became very popular all over Britain and the colonies.

Georgian design made some major improvements to the now popular window design. Before long, single movable sashes were being replaced by double sashes, which are commonly seen today. Many windows were made from sturdy and long lasting oak.

In early design, glazing bars had to be thick to accommodate expensive hand blown glass panes. Most windows had a familiar “bulls eye” design in the centre. With cheaper glass production methods, came more panes per window and glazing bars became narrower.

By the Victorian era, box sash windows became common. This was a time of orate design, and the windows reflected that period with intricate lattice work and mouldings. Windows became larger and this design was in vogue until after the First World War. Since then, more people opted for cheaper mass produced windows.

In the 21st century, many people in the UK want a traditional or historic look, and sash windows are becoming popular again. In fact, many homeowners feel that a great deal is lost when older homes lose their original windows and materials. If your house has old windows that need repair, there is no need to replace them with modern windows. Beautifully restored windows greatly enhance the appeal and value of a property, and your local window repair service can take care of all your window needs, including restoration, repairs, and new installation.

You only need to call them to schedule an appointment for a no risk consultation. It will not take long to be enjoying the windows and home of your dreams.

Are your sash windows draughty and cold? Do you wish your windows would operated the way intended when original installed? Do... read more

The Benefits of Sash Window Restoration

The sash window is recognized as one of the most beautiful and traditional features for homes, cottages, and many... read more

The Beauty of Wooden Windows

Upgrading or remodelling the home requires careful consideration for the material that will be used to install window frames.... read more

Sash Window Refurbishment is it better than replacing the windows?

King William the third introduced a window tax into his Kingdom in 1696. Income tax was not in existence... read more

Is it true that We repair any sash?

Learn More About The Durability And Enduring Charm Of Sash Windows

If you want to find window styles that have been around for seemingly forever, look no further than the... read more

Sash windows London With so many new property developments in London one could be forgiven to believe that the humble... read more 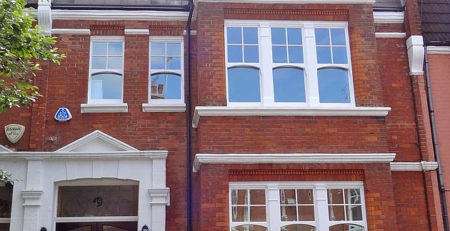 The Popularity Of Sash Windows London

Historic windows belong as much to the 21st century as they did in the Victorian and Georgian times. The... read more