King William the third introduced a window tax into his Kingdom in 1696. Income tax was not in existence then as the populace considered details of their own income to be private and not a matter for the King to worry about. The window tax was introduced to get around this problem. Read on to discover more about the historical facts about an old taxation system on windows in the United Kingdom.

Of his subjects, the King decided that the most fair method of taxation would be by looking at the size of people’s houses. Each person who owned a house would have to pay a fixed fee of 2 shillings. This is about 10 pence in the new system. As well as this, if the house was large and contained more than 10 windows, there were extra taxes to pay.

For a property which had between 10 and 20 windows the householder would pay an extra four shillings on top of the base line 2 shillings. For a property with over twenty windows, the window tax was 8 shillings extra. In later years, the minimum number of windows which would be taxed was reduced to 7. In 1825, a house with a minimum of 8 windows was to have an extra tax imposed.

Poor subjects who were eligible for the church’s charity could claim an exemption. This was irrespective of the number of windows their dwelling contained.

The unpopularity of the tax meant that in the 17th and 18th centuries, many people with larger houses bricked up their extra windows. It is possible they did this to try to get around paying the window tax. William Pitt the Younger of Scotland took up this tax in the 1780s. To avoid paying this extra tax, many Scots are thought to have painted over their existing windows. These painted over windows can still be seen by visitors to Edinburgh’s Charlotte Square. These are known as Pitt’s pictures

Many of the more wealthy families of the time were thought to show off their wealth by having houses of many windows built. They may even have had extra windows put in were walls existed to prove that they could afford to pay the tax.

Why The Wooden Windows London Locals Have Access To Are So Appealing Investing in new windows is always one of... read more

We Repair Any Sash With Professional Quality

A major part of being a homeowner is taking the steps to maintain the appearance, stability, and efficiency of... read more

Are your sash windows draughty and cold? Do you wish your windows would operated the way intended when original installed? Do... read more

When it comes time to choose windows for your home, you have a wealth of materials, styles and advanced... read more

Windows remain an important feature offering aesthetic value and functionality that add to the charm of a building. Maintaining... read more 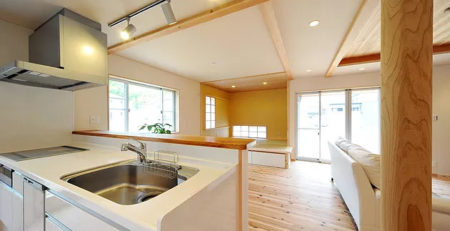 If your home has single glazed sash windows, you may have already noticed that your rooms feel hotter in... read more

The Benefits of Sash Window Refurbishment

The repair and upgrade of architectural features for all sizes of properties offer great quality and excellent value. Sash... read more

Although there are many structural features that contribute to the overall look of homes, windows are frequently referred to... read more